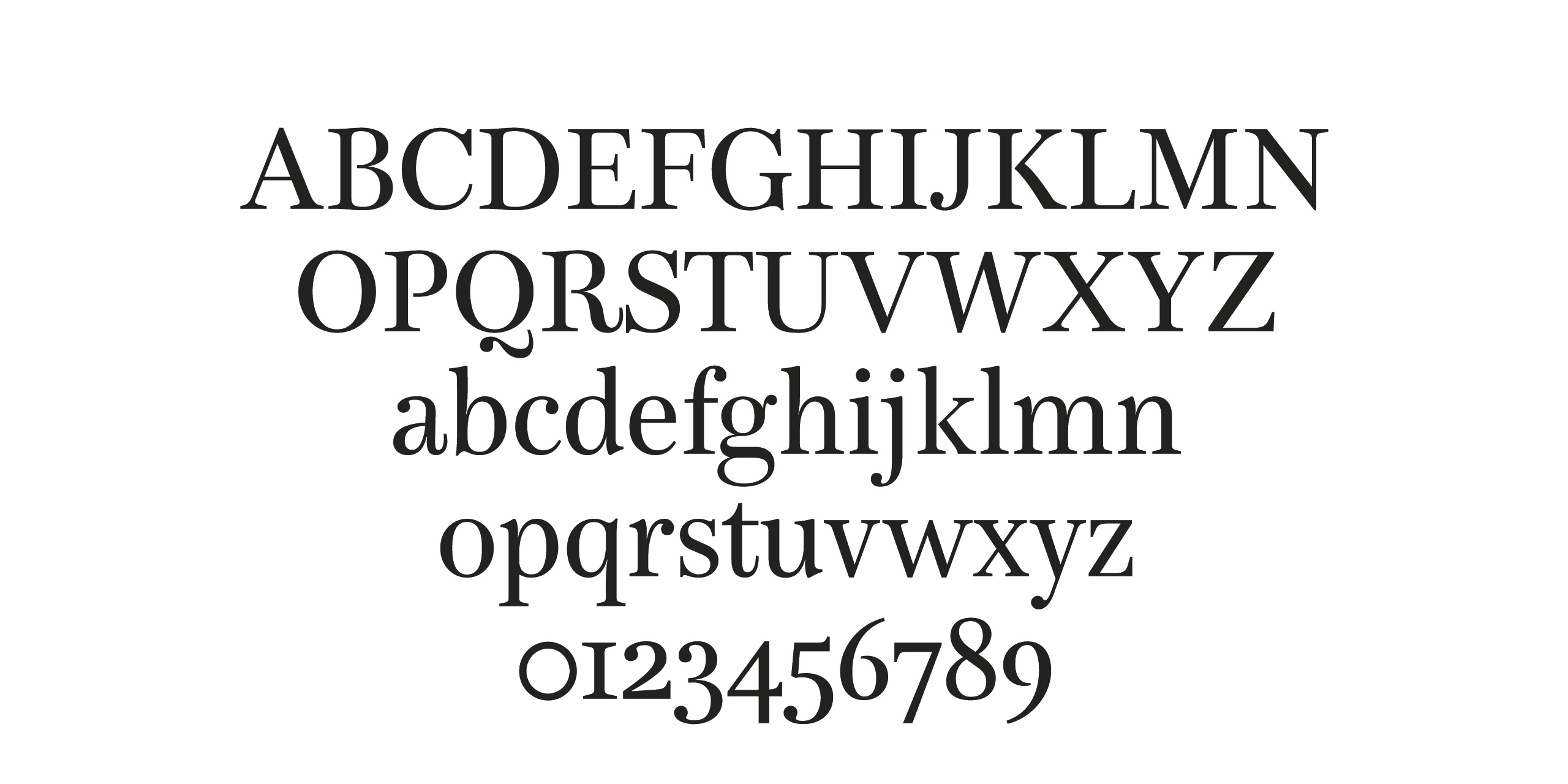 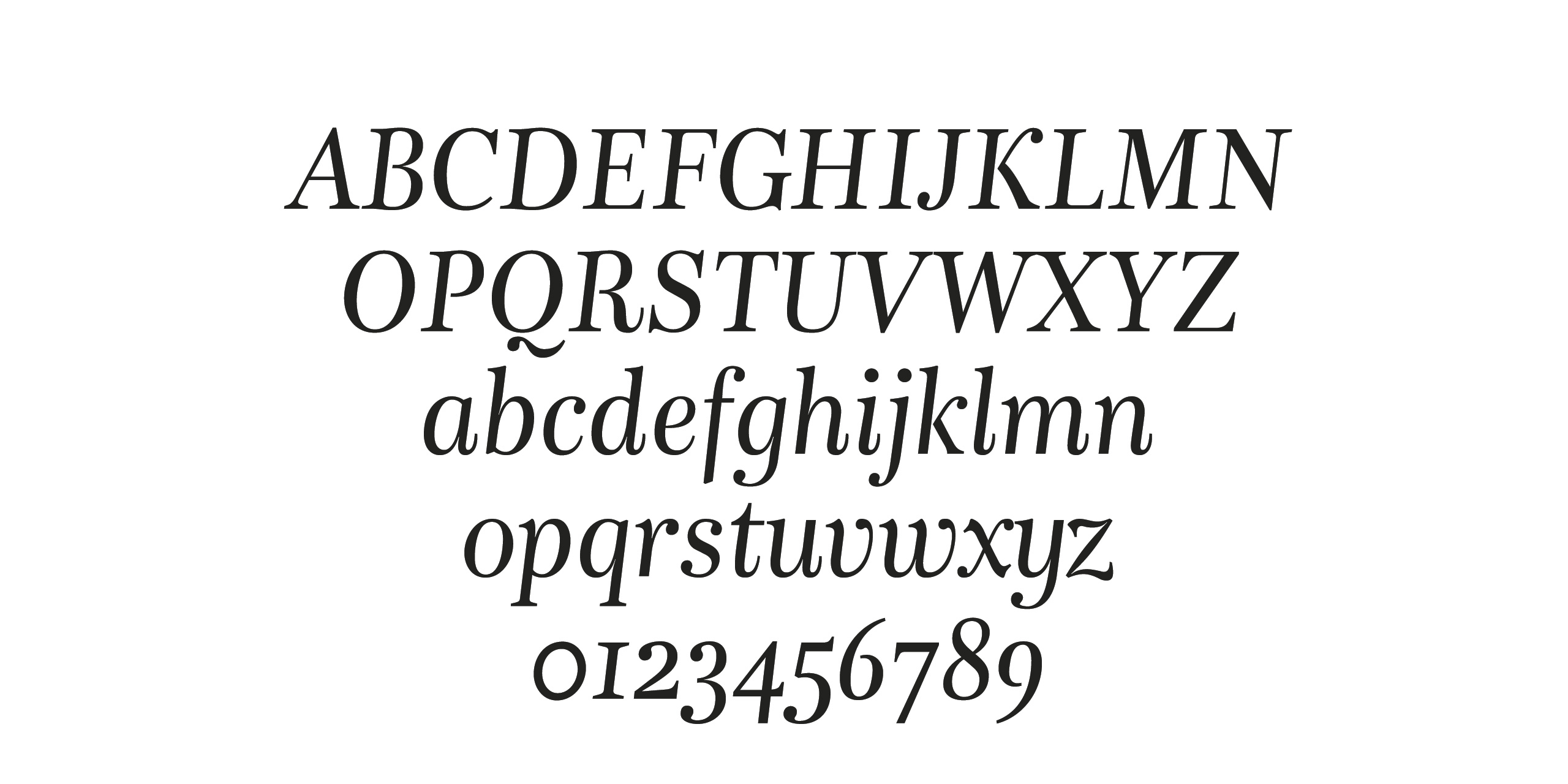 Bohemia has been conceived with the intention of being used with an acceptable performance in all sizes. Not inspired in by a specific model, it’s a modern vision of a whole epoch: the typographical atmosphere of the ends of the 19th century. Bohemia brings together the characteristics of the transition typefaces and the modern ones, being his principal axis vertical. The 4 styles family has been published in 2003 by Linotype. 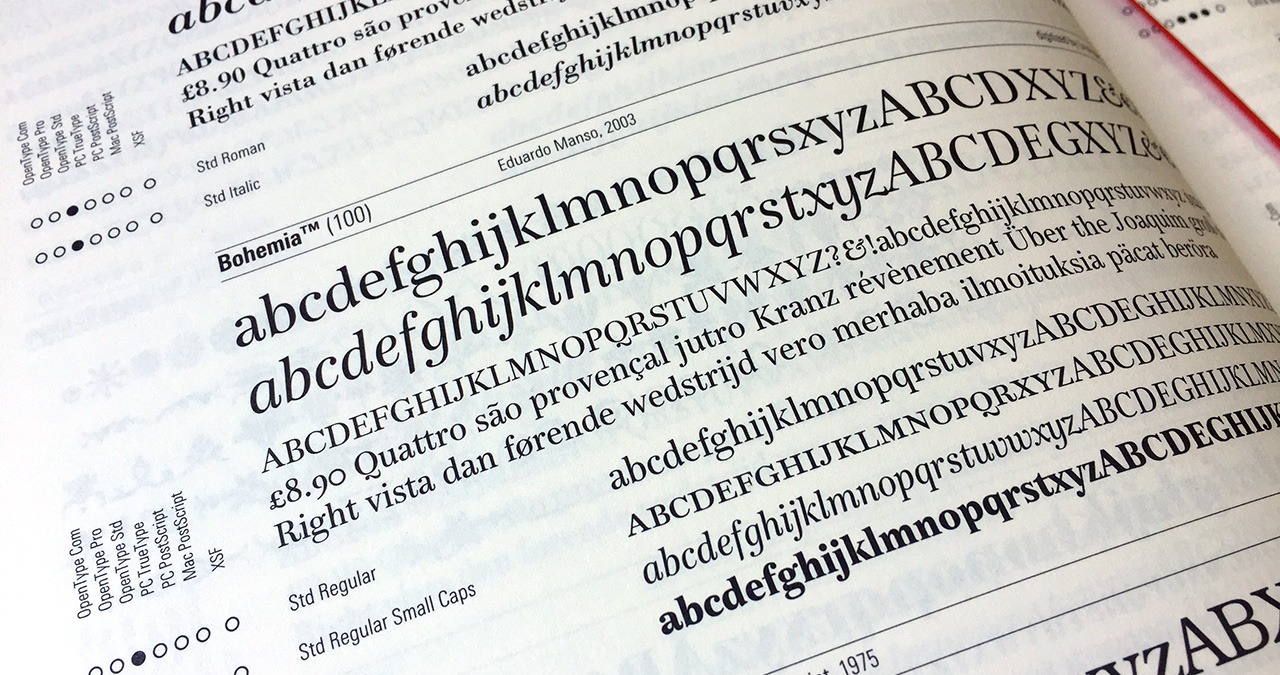